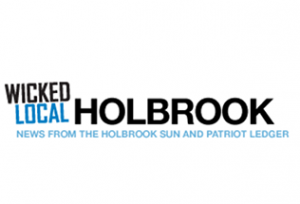 A former Holbrook resident and Quincy College alumnus who wishes to remain anonymous has established a scholarship in the name of former Holbrook Police Chief Francis Mack and his wife.

A donation of $25,000 was made to Quincy College to fund a $1,000 annual scholarship, in perpetuity. The scholarship is endowed after Mack and his wife, Marjorie, who served as examples of dedicated and exemplary citizens in their community. The anonymous donor from Holbrook witnessed the chief’s dedication to his community and chose to endow a scholarship in his honor.

Mack, a World War II veteran, was the first full- time patrolmen in Holbrook, eventually becoming the Holbrook police chief. He was awarded the Purple Heart, a Presidential Citation, Distinguished Unit Citation, and the Good Conduct Medal. Mack is remembered for his honest and fair treatment of others.

Quincy College recognizes the success of its students at an annual banquet and hosts an award ceremony called “Convivium” each May ahead of commencement events. The Chief Francis Mack scholarship will be awarded for the first time at the Quincy College Convivium event on Wednesday, May 18 at Lombardo’s in Randolph, MA.