'He is the greatest': Wayne Westcott retires as Quincy College exercise science chair

Abington resident created and has led groundbreaking program since 2006

QUINCY – Wayne Westcott, an accomplished international expert in health, fitness and aging, has fully retired from his role as longtime chair of the exercise science program at Quincy College.

Since developing and launching the college’s exercise science curriculum in 2006, Westcott has taught and trained hundreds of students whose Quincy College education helped prepare them for rewarding professional careers.

Knowledgeable and personable, he also became a beloved fitness guru to many South Shore adults, some in their 80s and 90s, who used the college’s fitness center.

An Abington resident, Westcott, 73, said he is retiring to spend more time with his wife, Claudia, who has been undergoing treatment for a recurrence of cancer. He said he is needed and wants to spend more time at home “to encourage and support her,” and to help with the care of the house and her horse, as she once did.

He has agreed to be available to the exercise science program as volunteer coordinator until new leadership is chosen.

On Tuesday, 50 members of the college community – including staff, instructors, students and research subjects helped by him over the years – had a party for Westcott.

“For nearly 20 years, Dr. Wayne Westcott has been synonymous with and brought great recognition to Quincy College,” Richard DeCristofaro, the college president, said. “He has been an ambassador for both the college and for the field of exercise science. He has enriched the lives of his students and our community through his unparalleled professionalism and genuine interest in promoting good health and well-being. His presence on campus will certainly be missed.”

He presented Westcott with a commemorative plaque.

Westcott said his position and tenure at Quincy College has given him “the opportunity to do the work I love, surrounded by fellow faculty members who share my philosophy of putting students first.”

One of those former students, 24-year-old Oksana Asilani, who received her associate degree in exercise science in June 2021 from Quincy College, said Westcott helped change her life.

“He is the greatest, most loving person and taught me everything I know about fitness,” she said. “He is very hands on and was there whenever you needed him, early in the morning or even late at night, to answer questions and help.”

Asilani is the manager at the Quincy Planet Fitness and helps the trainer there.

“It has been a true privilege to teach and support those students seeking to enter a field that has provided me with so much professional and personal satisfaction, and then watch them enjoy their own success,” Westcott said.

Westcott has written 30 books and wrote hundreds of newspaper, magazine and journal articles, including a bi-weekly column for The Patriot Ledger for 33 years. He published nearly 100 peer-reviewed research and academic papers.

He also recently co-authored a chapter focusing on fitness in older adults in the National Strength and Conditioning Association’s “Essentials of Personal Training” textbook.

He served as a strength training consultant for a number of organizations, including the Air Force, Coast Guard, Navy and six NFL teams.

He previously was the longtime fitness research director at the South Shore YMCA.

Last October, Westcott received the Honor Award from the New England chapter of the American College of Sports Medicine. The award is presented annually to a member who has provided significant contributions to both the organization and the field of exercise science.

He was lauded as “a passionate educator, an internationally recognized researcher, a prolific author and a gracious mentor who, throughout his career, has always embodied the very best aspects of our profession.” 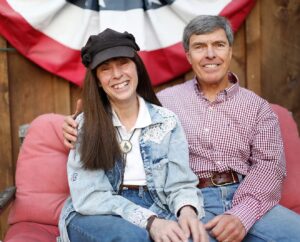 Westcott grew up near Binghamton, New York, where his father was a dairy farmer. He has said he “wasn’t great” at popular sports like baseball due to his eyesight, but he did excel at cardiovascular endurance and running. He went to Penn State for track, did his master’s thesis there on strength training and obtained a doctorate in physical education in 1977 from Ohio State University.

He taught physical education at Penn State, Eastern Connecticut and Florida State, then gravitated from teaching sports skills toward his “real passion for physical fitness for everybody.”

In 1980, he joined the Old Colony YMCA in Brockton, then a leader in strength training.

In 1984, he moved to the South Shore YMCA in Quincy and after 25 years retired as fitness research director. He soon started the Quincy College Fitness Center and the college’s exercise science program.